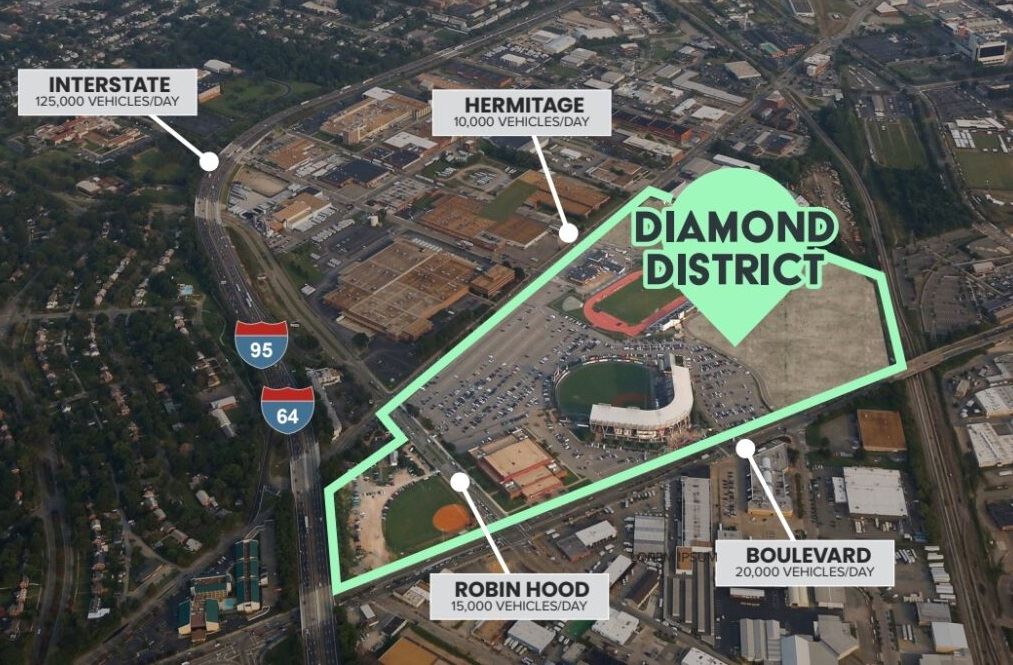 The City of Richmond has made its pick in its months-long search for a development team to guide its Diamond District redevelopment.

The selection tees up the long-anticipated development of the 67-acre, largely city-owned site that includes The Diamond, which is to be replaced with a new 10,000-capacity stadium. The rest of the land would be filled with a mix of office, residential and retail development, including a hotel and infrastructure upgrades.

It also draws to a close a nearly yearlong process that narrowed a field of prospective teams from 15 to two. Last month, the project’s evaluation panel eliminated a third finalist, Vision300 Partners, led by Boston-based Freehold Capital Management with members including Brookfield Properties and Hourigan.